Autoquip manufactures and integrates most Part Identifications systems technologies. Our easy-to-use Vision System automatically provides the robot control with the correct path number without any human intervention. And our Trigger Packages allow you to identify a part on a moving conveyor and follow the part through the spray zone, triggering spray guns at the appropriate time and place.

Finishing automation uses several gun mover technologies to coat parts. Robot arms are a popular method of carrying the spray gun around the part. The robot control contains one or more preprogrammed paths and, when the part reaches the spray booth part detection switch, the robot executes the path and coats the part. If the line coats more than one part the robot systems requires some method to identify which path is required to coat the part. 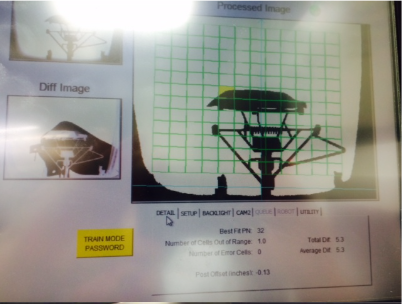 Autoquip Vision System offers a self-learn mode where a number of identical parts are introduced to the system and the Vision Computer records pertinent information about the part features and the subtle variations typical with identical parts on a moving line. On playback the Vision Camera/Computer system analyzes the image and reports to the painting robot control the correct path number or if the part is not found a “No Read” alert/alarm. 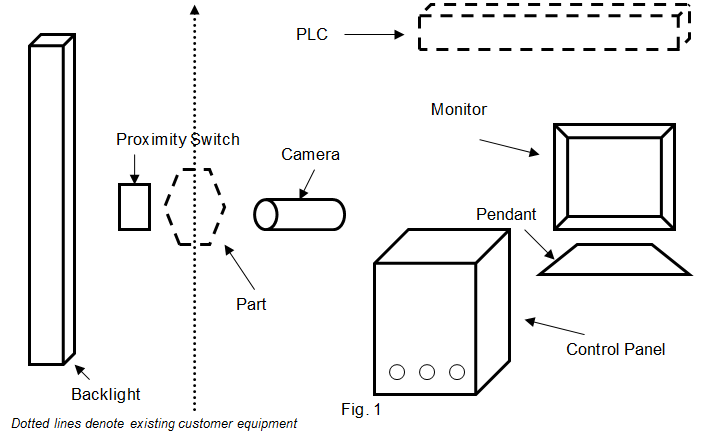 Vision Systems consist of one or more Vision Cameras, Vision Computer, Lighting Source, and Part Present Sensor. The system is normally installed on a flat area of the painting conveyor. When a conveyor hook activates the Part Present Switch the Vision Camera(s) and Lighting Source synchronize to produce a back lit image (shadow). The shadow image reduces image errors due to color and gloss. The image computer analyzes the shadow and processes a match algorithm to determine the best fit. User defined tolerance limits verify whether the best fit results qualify for a match.

The Benefits of Trigger Packages

Autoquip’s Trigger Packages deliver a simple method of identifying the presence of a part on a moving conveyor away from the spray zone and electronically following the part on the conveyor through the spray zone triggering spray guns at the appropriate time and place.

The advantages of the spray package over sensing the part in the spray zone include, reduced overspray on the part sensor, reduced maintenance, one sensor for multiple spray guns, and more control on triggering.

The conveyor drive mechanism turns the encoder providing scaled conveyor movement. A part traveling down the conveyor breaks the photocell beam signaling the PLC to store the part location in the shift register memory. The HMI provides the necessary programming to virtually align each spray gun on the conveyor and any lead or lag to compensate for mechanical delay in the trigger solenoid or spray gun.

Have a question? Send us an email and we'll get back to you, asap.